I don’t normally get sentimental over old stuff, but this has been with me since I was 14 or 15. It’s been part of my studio. I’ve tacked so many drawings and paintings to this board, to stretch the paper, to have a drawing surface, that this throwing out is a Big Occasion. This has been with me for a quarter-century. But it’s spring cleaning time, and the laminate was shedding so much that it had to go. 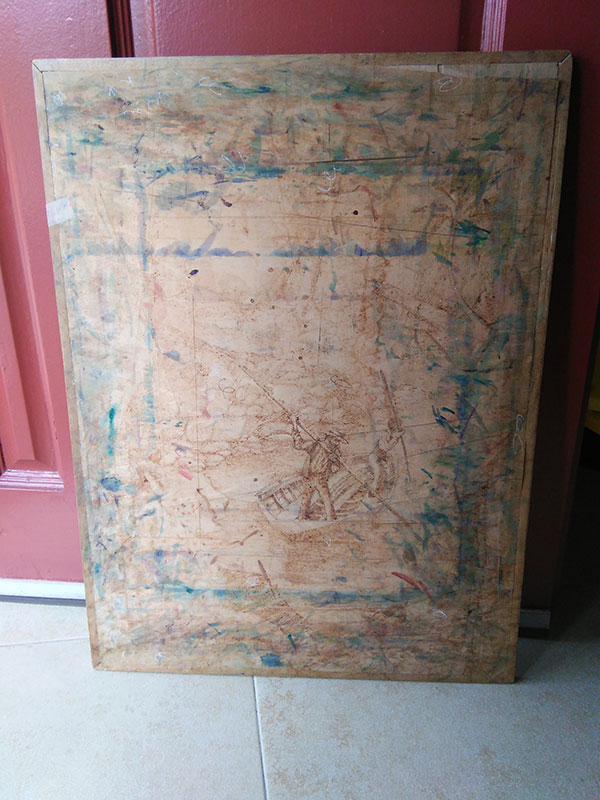 Front, where you can see a lightly pyrographed image from when I was 14 or 15. 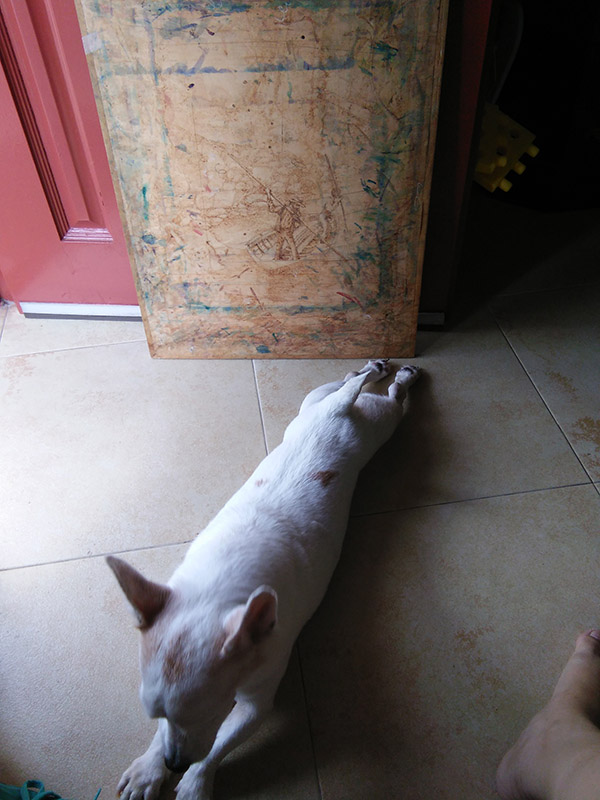 The dog didn’t think much of it. 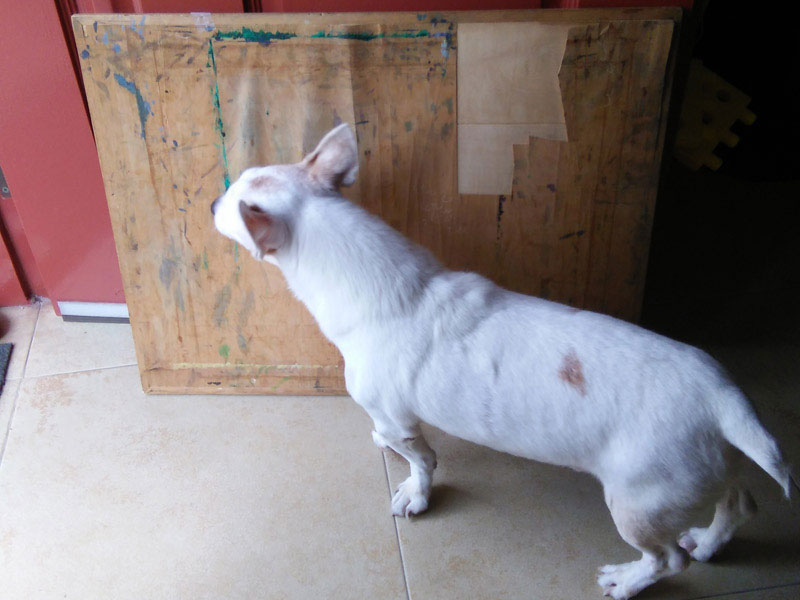 He took more interest in the back of the board. 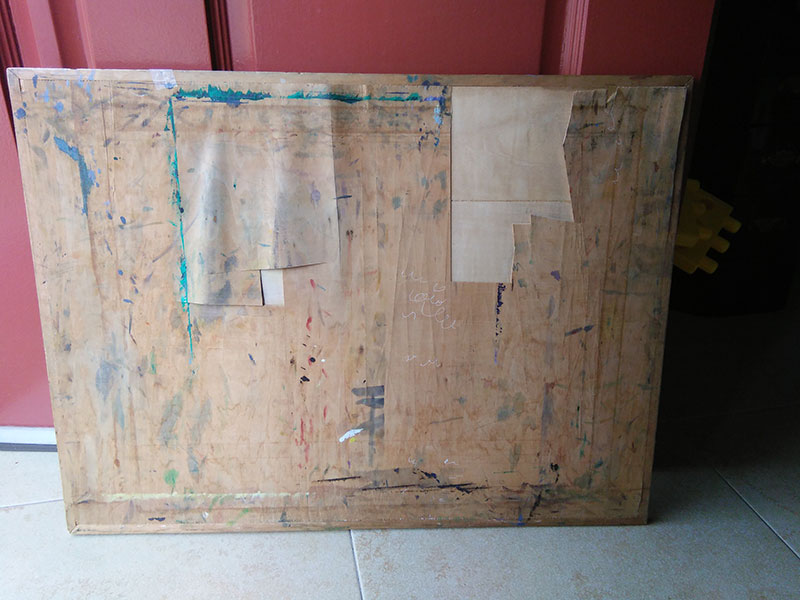 Where the state of deterioration was exactly why it needed to be thrown out.

The board came from the days I was still in (a girls-only) secondary school. Needing a craft project every year, one year I settled on pyrography. It was annoying (I only realised later) that I had a defective board or heating tool because my wood-browning never got as dark as other students’, no matter how hard I tried. Ah, heady days when a $14 heating wand was considered a big expense.

The picture I pyrographed was not one of my own choice. The art teacher was a dictator over me–and my classmates even wondered I was always picked on harder than everyone else. So much of my work never met her approval and I would have to keep worker harder and further and further from my original vision to get the “OK” and catch up with where my friends were. My pyrograph was originally going to be about Mayan ruins, copied from National Geographic magazines, with a cheetah/leopard overlooking. In the end the ruins were left out and the cheetah/leopard was overlooking some men on a boat  in the middle of a jungle, on the way to the ruins. FFS–I’m mad now on behalf of my teenage self.

Subsequent to getting out of this woman’s art class, the board was useful for all sorts of art-related efforts and I had no heartbreak ruining the picture I hadn’t wanted to pyrograph anyway. More paintings that I actually wanted to do were created upon it.

There’s probably a lesson here about making the best use of what you have, even if it’s not quite the starting point you want.

I still have another board that I’m using, that is a lot less beat up. That one’s “just” 20 years old.