I watched this in the theatre with my 7-year-old when it was released. I never said this before: I cried, and HARD when I saw this. Disney is known for their white-centric princess movies, and while their representation of diversity has been slowly improving, Moana was done so well and had such strong themes of identity, acceptance and self-actualisation that I think it’s the most powerful film that Disney has put out to date.

If you haven’t watched it, I’ll try not to spoil it, but the talent behind the movie is stupendous. Lin-Manuel Miranda’s lyrics took Disney music to a new high. The villain’s song—you always need a villain song—is so well lyric’d and cast that I was writhing in my seat in hedonistic delight, AND nearly died when I confirmed the voice during credits (Jermaine Clement, from Flight of the Conchords, and my crush).

Jermaine’s voice really shone in this one.

I can describe a bit of why this movie hit me hard: I struggled in my child- and teenager-hood to have my interests (art/architecture) accepted and supported as my career path (I wound up not pursuing either as a degree in college, much as they had been my top choices). So watching the dynamics between Moana and her parents hit close to home, even if I hadn’t had anyone like her mother/grandmother in my own life. And that lack has been painful (I blogged here about it) something I don’t want to let my own daughter experience. And for the hour and half that Moana was, I could almost imagine what it was like to have a strong female relative to turn to for support instead of judgment and disapproval. (This was my escapism.) 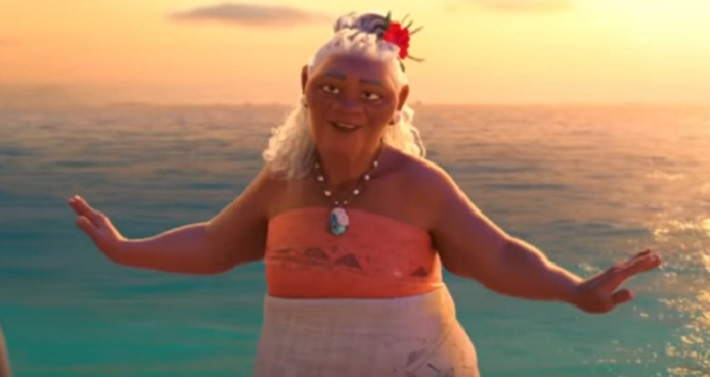 “I am the village crazy lady,” she says. Crazy, like a fox.

Much of the film has been made about the surprise twist near the end of the movie. But the pivotal point of the film for me was not the “twist” at the end—it was the point Moana conversed with her grandmother. Tala (the grandmother) showed full and unconditional acceptance of her granddaughter’s decision to relinquish the quest that had been so close to her heart. This acknowledgment of a painful wound was priceless. The acknowledgment then lead to Moana diving into the water to retrieve what she had discarded. The wound became part of the path. 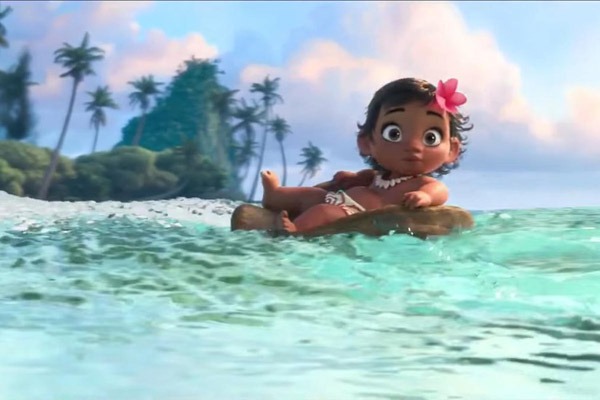 After so much of the movie had been Moana reveling in that the sea had chosen her, it was more important for the fulfillment of Moana’s destiny that she also chose it, right on the heels of failure and with her heart broken open. Much of the film was about female empowerment, not only in taking action, but in accepting the feelings and convictions of other female characters, as at the point Sina (Moana’s mother) helps Moana to defy her father.

The final twist in the story (which I won’t reveal) has the feel of the Sacred Feminine restored and re-given respect, after it was destroyed by masculine pride and ego. Tui, Moana’s father, also plays the stand-in for male authority, enforcing rules and traditions, trying to keep the status quo through force/threat.

But the movie also demonstrates that “the way things are” often falls apart as justification for fear or suppression when you go back far enough in history.

The Force is strong in this one

There are other beautiful messages sprinkled throughout the movie that make it spiritually relevant to me. Those who know me know that I acknowledge a vast difference between religion and spirituality. The latter, to me, is a deep knowing of something bigger than physical reality but that it works without fear or demands for compliance, or submission to external control. It is to walk with a faith that God energy, or Spirit, lives and moves in every thing and every person.

Part of the exquisite experience of being human is that we can be driven by any combination of things: personal desire, ego, our values, and the inexplicable, whether you want to call it God, Spirit, or destiny. True self-responsibility and self-empowerment is learning discernment between personal will, petty ego and fear, and the ineffable.

Wisdom does not discriminate by age. Some children come in with an innate knowing more of their own path than the “elders” (by appearance) around them. Not everyone who is old is wise, and not everyone who is young is foolish. (This directly contradicts Confucianism, which again, anyone who knows me, knows I hate with a passion.)

If we want to believe that children are more newly arrived  from God, then why do we listen so little to them, believing that we adults need to suppress their natural instincts to play, to question, and pursue what they want? We can teach them without suppression, at the same time they help to teach us by challenging our false beliefs, attachments and conditioning.

Moana is a teenager wholly in tune with herself and carries less fear than the adults and the near-immortal demigods around her. The contrast is stark. Moana father’s urge to protect her from the sea is motivated by fear, a fear that she instinctually rejects (but also learns to respect after her own experiences–she just never lets her fear stop her).

Now, how many parents impose their own expectations and fears upon their children? Living in a authoritarian society where there are plenty of tiger mums, religious parents (especially those suppressing LBGT acceptance and LBGT topics in the public arena) and Confucianist (read: thin-skinned) educators and policy-makers, I do wonder.

“Do you know who you are?” Moana is asked. She answers by way of the things she loves. (Again, this was the part I was weeping–spoiler at the link.) Again, if we claim to value love and compassion in society, why is finding/allowing the natural likes and interests of children so anathema to some parents and educators? And could it be that so many adults struggle mid-life with their identity and purpose because they were thwarted, in full or in part, by their childhood experiences? (But the movie provides the answer too. I’ll come back to this.)

She also answers with her lineage. Moana sees the best part of her inheritance, even if the skills that were once in her family were lost. At this point in the movie, she has regained them.

She answers with what she has accomplished. You are what you do and have done. You are that all you have learned. You are all that you have chosen.

She answers with the call she hears. She recognises what she is driven to do, and that it was inside and ineffable, and it was there all along. It persists regardless of the fears, disapproval, and trepidation of the adults around her. Really, Enlightenment is the process of stripping away all that is false. (Even this happens literally in the movie–spoiler at this link.)

The Wound is the Path

No experience is ever a waste, no matter how difficult it may have been, how long it took, or how much it hurt. In the compressed storytelling art form that is a movie, Moana never gets derailed for long, and it is in defeat that her purpose becomes even stronger and clearer.

For those who struggle with their purpose or wonder what their destiny is, I’m tempted to say from my own experience that it is what you keep doing or want to keep doing no matter what challenges have been thrown your way. Whatever wounds that have been suffered in the pursuit, learning to heal them and keep going becomes part of your path, perhaps the one you were meant to walk all along.

You are what you do and have done. You are that all you have learned. You are all that you have chosen.

Those individuals who have big-picture visions should not be swayed from them, just as those who have smaller, different, or uncertain ones can be left to seek their own clarity or just to live life as they choose without hurting others. 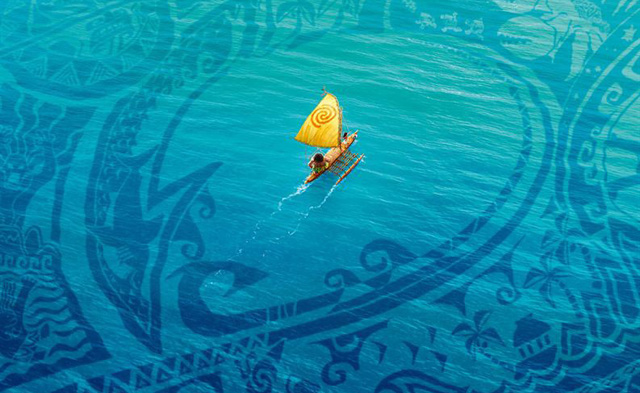 On another level, all paths may be spirals. We learn to return to, and create from center.

The best thing we can teach our kids is how to tune into their inner knowing and connection with the ineffable, to have faith in themselves, and that mistakes can always be fixed and learned from. That we cannot protect them from every danger or hurt, but the capacity to heal and share healing will always be there inside them.

It is never said out loud, but Moana, among many things, is a healer who manages to heal herself, her ancestral gifts, and her environment.

This path can be anyone’s, if they choose it.

5 thoughts on “Identity, purpose and destiny in Moana”