Edit: My episode is being aired 7th July (Tuesday) at 10pm on the OKTO channel.

It’s been a busy few months! I hope to catch the site up to what I’ve been doing offline!

What’s rather exciting and that’s coming up very soon is my appearance on local TV! The show is “Mission Restorable” and it’ll be on OKTO. This program, hosted by Bong, features old artifacts around Singapore that will get a bit of love from various artisans to restore them to new life! Some objects may even see themselves transformed. I’m not a art-restorer by trade, but I know my way around art materials, and was privileged to give an old rocking horse the Peranakan treatment.

Peranakan culture is not well known outside of SE Asia, but it is the heritage I have (from my mum’s side), and it’s a highly decorative, colourful and botanical-inspired visual style. It’s one of the most delightfully flamboyant cultural styles I can think of, and I was happy to explore it—and paint the rocking horse in 3 days. It’s quite a feat if I say so myself, and I hope you’ll tune in to watch the journey!

I’ll provide more information on the TV schedule as get it. 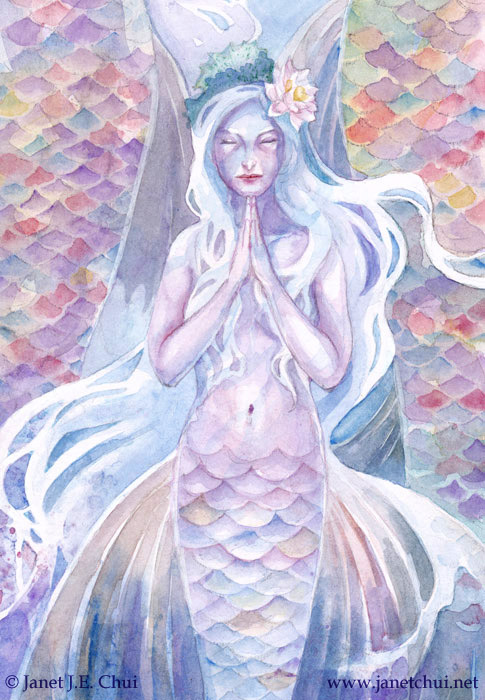 Because I need my little fairy fix now and then!